Facing Assault Charges in Winnipeg? We Can Help!
Get a FREE no-obligation consultation with Wasyliw Wiebe.
Call
(204) 799-5956
or fill in the form to get a free consultation within 24 hours.
Get a Free Case Evaluation
Speak To Us First
Call us today, or get started with a free case evaluation.
100% Confidential. No Obligations.

What Are Assault Charges?

The basic definition of assault in Canada is the application of force to someone else in a direct or indirect manner, without that person’s consent.
The threat of assault is all that is required for an assault charge to be laid – actual injury does NOT have to occur.
The penalties for an assault conviction vary significantly, and depend on a number of factors, including, but not limited to:
The lawyers at Wasyliw Wiebe have defended hundreds of criminal assault cases – both simple and complicated.
There are several different forms of assault, which vary in seriousness, and therefore potential consequences:

Simple assault is the most basic type of assault charge. It is typically a punch or a kick, however, any form of non-consensual application of force could result in a criminal charge, including pushing, pulling, or spitting.
A simple assault is a hybrid offense. This means that the Crown prosecutor chooses whether the offense will be treated as a less serious summary conviction offense, or a more serious indictable offense. The maximum penalty is imprisonment for 18 months, (if prosecuted summarily), or 5 years (if prosecuted by indictment).

When an injury is inflicted as a result of an assault, a charge of assault causing bodily harm will be laid. The law requires that the injury be "neither trivial nor transitory", but a serious injury is not required for a conviction for this offense. Each case is based on its own facts. However, a bruise or cut will often be sufficient.
Assault causing bodily harm is a hybrid offense for which the maximum sentence is imprisonment for 18 months (if prosecuted summarily) or 10 years (if prosecuted by indictment).

Assault With a Weapon

When a serious injury occurs as a result of an assault, a charge of aggravated assault will be laid. The legal definition of the injury is where the complainant is "wounded, maimed, disfigured or their life is endangered. Whether a particular injury is captured by this definition will depend on the facts of the specific case.
Aggravated assault is an indictable offense for which the maximum penalty is imprisonment for fourteen years.

Domestic assault is any abuse that happens between people in an intimate relationship, which includes (opposite or same-sex) current or former spouses, common-law partners and dating partners, and relationships between parents (or legal guardians) and children.
Domestic assault is not a separate and distinct criminal charge, and therefore a person accused of a domestic assault will be charged with one of the forms of assault previously outlined. It is important to note, however, that when abuse occurs within an intimate relationship, it is considered an aggravating factor in sentencing.

For an Accused person to be convicted of assault, the Crown Prosecutor must satisfy the Court, beyond a reasonable doubt:

If the Court is not satisfied that each of the elements of the offence have been proven beyond a reasonable doubt, the Accused is entitled to an acquittal.

The most common defense to a charge of assault is self-defense. To prove self-defense, the accused must satisfy the court that:
Our legal team has successfully defended many assault allegations. We have also negotiated to have many assault charges withdrawn or stayed by the Crown Prosecutor. 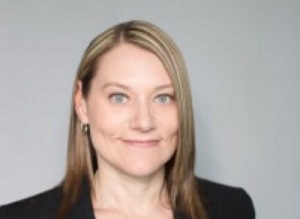 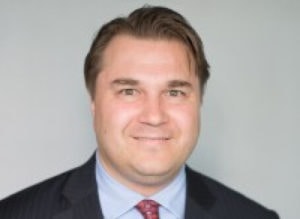 Get A Free Case Evaluation

Outstanding in the courtroom. Personable person, makes a person feel comfortable, someone you can sit and talk to with great understanding. Believes and fights for truth.
Sarah Paran
Thank you Gerri for everything. I mean saving my a**
Marc Bergeon
The whole team is great! Excellent management and commitment to their clients.
Martin Droruga
...PERFORMED WELL IN THE COURTROOM
John
What happens at a free case evaluation?
Our 60 minute free case evaluation includes the following 4 steps:
01
Collection of personal information about you crucial for building a solid defense;
02
A careful review of the documents you received from the court and police;
03
Review of your recollection of events leading up to & after the allegations;
04
Review of the court process, fees, and how we can help.
How should I prepare for my free case evaluation?
You should bring or email in advance the following:
How much do our services cost?
The cost will depend on several factors including:
Fees of an experienced and effective criminal defense lawyer will typically range in thousands of dollars. However, only a fraction of that amount is due initially. Flexible payment schedules are offered so that fees can be paid in monthly installments.
Speak To Us First
Free Consulation(204) 799-5956
Practice Areas
DUI
Impaired Driving
Domestic Assault
Sexual Assault
Drug Offences
Cyber Fraud
Speak To Us First
Call us today, or get started with a free case evaluation.
100% Confidential. No Obligations.