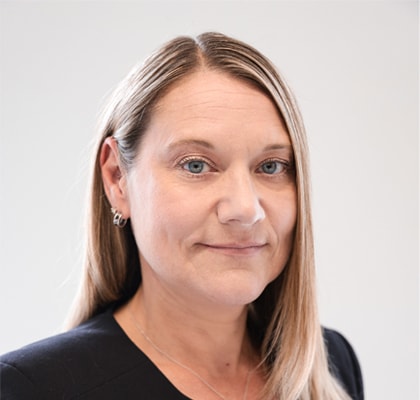 Gerri was called to the Manitoba Bar in 2004, however she began her legal career in 2001 as a summer student with Killeen Chapman, where she later articled, worked as an associate, and ultimately joined as a partner in 2009. In 2012, Gerri left Killeen Rolston Wiebe in order to join Bueti Wasyliw Wiebe, which was reconstituted as Wasyliw Wiebe in 2021.

Gerri is a Winnipeg criminal lawyer that practices almost exclusively in the area of criminal defence, having successfully represented clients charged with offences ranging from Impaired Driving to First Degree Murder. She has conducted trials and/or appeals in all levels of Manitoba Courts as well as the Supreme Court of Canada. She also practices in Saskatchewan, Alberta and Ontario.

Gerri is active within the legal profession. Currently her volunteer activities include:

Outside of law, Gerri is a mother of two who can often be found cheering on her kids at the hockey rink or at one of their other activities. She is an avid sports fan and travel enthusiast.