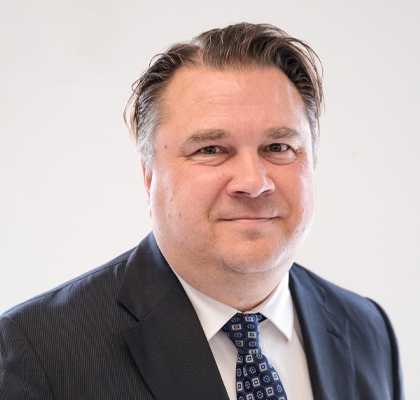 Mark Wasyliw is a Winnipeg based Criminal Defence Lawyer who primarily specializes in impaired driving and license suspension administrative law. He graduated from University of Manitoba with B.A. (Hons) in political studies in 1993. He went on to complete a Masters in Political Science from McGill University in 1995. He then attended law school at the University of Ottawa graduating in 1999 with an LLB and went on to article with Brodsky & Company, staying on as a Senior Associate until 2009 when he founded the BUETI WASYLIW law firm. He completed his Masters in Criminal Law from Osgoode Hall Law School.

In 2012 Gerri Wiebe joined the firm as a Partner and the firm became Bueti, Wasyliw, Wiebe and was reconstituted in 2021 as Wasyliw Wiebe.

Mark has been active in the local legal community being a former executive member of the Criminal Trial Lawyers Association; Board Member for the Association in Defence of the Wrongfully Convicted; Former Residential Tenancies Commissioner and Lecturer for the Community Legal Education Association.

He has appeared at all levels of Court in Canada including Supreme Court. He Routinely appears for administrative hearings before the License Suspension Appeal Board, and MPIC Show Cause Hearings. He practices in Ontario, Manitoba, Saskatchewan and Alberta.

A former School Trustee and Chair of the Board of the Winnipeg School Division. He was elected in September 2019 as the MLA for Fort Garry and is currently Deputy House Leader & Finance Critic for the Official Opposition.