Can I Go To Jail For A Driving Offense? 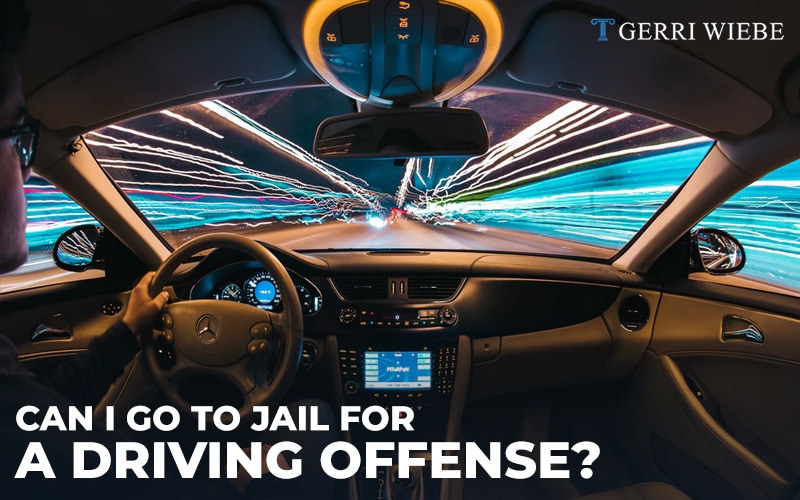 There are a number of offences that can be committed whilst driving, most of which incur a fine or, in the instance of drunk driving or reckless driving, the loss of a licence and even imprisonment. As driving offence lawyers, we believe it’s crucial to understand the driving laws – and the punishments if these laws are violated. We have therefore created this list looking at some of the most common driving offences in Canada and the typical punishments charged if they are broken.

The offence of reckless driving is committed when an individual drives without rational care or attention to other drivers or pedestrians. It is considered an offence as per the Highway Traffic Act.

If you have been accused of careless driving, you will be convicted if the facts show that you were driving without appropriate attention and care. The penalty for careless driving is:

If you have been accused of reckless driving, causing bodily harm or death, the penalty is:

Dangerous driving remains a criminal offence as per the Criminal Code of Canada. Contrasting to a charge under the provincial Highway Traffic Act, when upon criminally charging a person, their fingerprints and photographs are obtained, and they will have a police file.

Dangerous driving should be seen as a hybrid offence. If found guilty on summary conviction (less serious), the maximum jail time is up to two years less a day; if found guilty on indictment (more serious), the accused could face imprisonment for up to 10 years. Apart from the other punishment, the Court may also command a license suspension.

The penalties increase if the dangerous driving caused someone to get hurt or killed.

If you are charged with a driving offence, you should contact the expert legal help in Winnipeg for assistance.