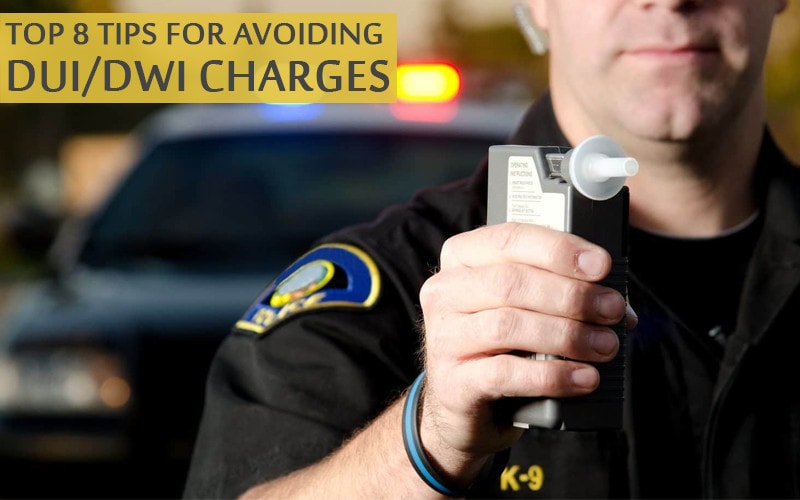 Getting arrested, a conviction for driving under the influence or driving while intoxicated can have serious repercussions for a person. This puts people's lives at risk and can ruin a person's reputation while affecting his livelihood as well. Driving lawyers in Winnipeg have seen it all, and the effects of DUI are devastating for the person as well as the family. No one wants to suffer a car crash while drunk or going to court just because they had unrealistic faith in their driving abilities.

What are the Consequences of Drinking and Driving?

You're taking a massive risk while driving drunk and endangering lives by compromising on cognitive abilities and responsiveness. If you or your loved one ever get charged with a DUI, a single infraction may have legal, personal, financial, and even professional ramifications that criminal defence lawyers in Winnipeg want to save you.

Here are some tips that can help you and other people around you avoid getting a DUI/DWI charge.

If you plan to have a night out drinking, then take someone along who will not drink and be responsible for getting you home. It's imperative that this person understands the stakes and accepts the responsibility as being a serious one, which could have profound implications if not fulfilled. The driver should have everyone's addresses and emergency contact numbers on hand if the need arises.

2. Make Use of Public Transport

To make things even easier, driving lawyers in Winnipeg recommend that you use public transport instead of depending on a designated driver. People should take the subway, bus, or train or invest in a cab because nothing is more valuable than life.

3. Plan a Sleepover or Book a Hotel Room

When planning late-night parties on New Year's or any other special event, it's a good idea to spend the night at a friend's or books a hotel room to avoid a DUI/DWI. This way, neither you nor your family will fret over how you will get home in a drunken state.

4. Take Away Keys for Safety

If the tendency and temptation to drive while drunk is there, then people should hand over their keys once they start drinking. Friends and family should take the keys from a loved one who wants to drive while drink for their safety.

Party hosts can smartly prevent their guests from getting a DUI by inculcating various drinks such as soda, water, or juice. Criminal defense lawyers in Winnipeg feel that this is a smart strategy that keeps the designated driver not feeling left out from the party and fun.

Make sure to eat while drinking so that the alcohol is better absorbed in the body. Having a stomach full of food helps so that people don't get inebriated and drives home.

7. Cut Off the Alcohol Early

Whether you're at a party or partying, it's better to stay off the alcohol a few hours before heading home.

8. Pay Attention to Other People

All those involved should keep a vigilant eye on who's getting drunk and who's not. An alternative transport should be arranged if some who drove over are now drinking or making them stay the night so everyone can be safe and enjoy without stressing.

There's nothing that can relate to the horror of going through a DUI/DWI conviction, and driving lawyers in Winnipeg want to help you avoid any such incident. If still you find yourself in such a scenario, then ask for legal counsel immediately and get the aid of the best criminal defence lawyer in Winnipeg to stay ahead and avoid circumstances that will have life-altering consequences.

Speak To Us First
Free Consulation(204) 989-0017
Recent Posts
Types Of Evidence That Are Used In A Sexual Assault Case
The Significance of Criminal Records
Psychological Impacts Of A Criminal Conviction
How Do Criminal Lawyers Defend The Guilty?
What Kind Of Penalties Can Someone Expect If Charged With Sexual Assault?
1 2 3 … 11 Next »
Categories
Speak To Us First
Call us today, or get started with a free case evaluation.
100% Confidential. No Obligations.