Psychological Impacts Of A Criminal Conviction 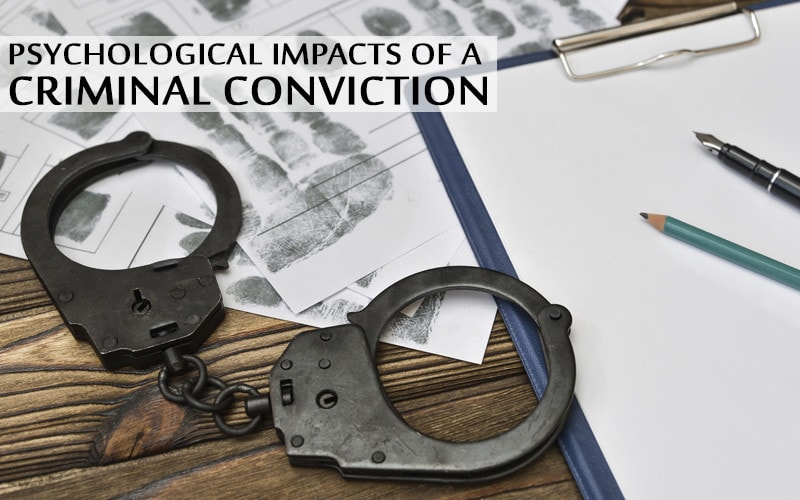 There are multiple ways for a criminal conviction that includes jail time can impact your life, irrespective of whether the offence was for DUI, drug possession, or other crime. Criminal defence lawyers in Winnipeg can save one from wrongful convictions and mitigate the effects of a sentence. In general, society looks at that person like a stranger, treats them differently and thinks of them in a whole new light if their conviction included jail time.

In case someone is struggling through this situation, you may notice the difference when they try to find employment or spend time with friends and family. Their time in prison could have lifetime effects, even if it were a wrongful conviction. In addition to these societal changes, there can be several psychological effects resulting from jail time. Or even a DUI charge can result in consequences that have far-reaching effects that surpass the arrest duration. Realizing the gravity of the situation, here are some bigger details on the issue!

A criminal conviction resulting in jail time often causes people to develop a habit of hiding emotions so as not to appear weak. This habit transcends jail time, and people have a hard time making personal connections after their sentence ends.

The physical distance from relationships during imprisonment takes a toll on all areas of life, and it is even harder to reconnect after being released. You change, and the people around you also see you differently, making things go back to normal next to impossible.

Spending time in prison makes people stay alert since they are dangerous places. Most people become hyper-vigilant and on the lookout for any sign of threat. This develops paranoia, and the person lives in constant fear leading to isolation since trust is lost from within and from all people. The isolation from paranoia can lead to depression and suicide, which does not end well for anyone. Criminal defence lawyers in Winnipeg can alleviate a criminal charge's adverse effects by proving you innocent or minimizing the possible sentence.

For many people, facing a criminal offence, even something as trivial as a DUI, becomes a reason for feeling guilt and shame. They feel that they have let down the people in their life, and earning back their trust is not likely for the rest of their lives. Those who wish to make amends can cope considerably better than others who let themselves get engulfed by negative feelings.

Time in prison is undeniably traumatizing, which means that coming out with no psychological scars is just not possible. Many people develop PTSD, which can represent itself in the form of nightmares, lack of emotions, flashbacks, sudden bursts of rage or anger, including many others. If professional help is not sought, people living with PTSD will face adjusting to leading normal and productive lives.

Ways To Harness Your Emotions During The Difficult Time

It may seem like the after-effects will last forever, but it's essential to remember that this too shall pass. You can come out the other side in a much better state if you take the appropriate steps:

The most critical step is to listen and trust your criminal defence lawyer in Winnipeg because no one else will be fighting as zealously for you. Don't let a criminal charge lower your morale but keep fighting for yourself and your loved ones since they deserve it, and so do you. Keep yourself in a positive state of mind by doing things you enjoy while sticking realistically to the possibility that you may have to deal with the after-shocks of your criminal charge for a long time coming.

Speak To Us First
Free Consulation(204) 989-0017
Recent Posts
Types Of Evidence That Are Used In A Sexual Assault Case
The Significance of Criminal Records
Psychological Impacts Of A Criminal Conviction
How Do Criminal Lawyers Defend The Guilty?
What Kind Of Penalties Can Someone Expect If Charged With Sexual Assault?
1 2 3 … 11 Next »
Categories
Speak To Us First
Call us today, or get started with a free case evaluation.
100% Confidential. No Obligations.