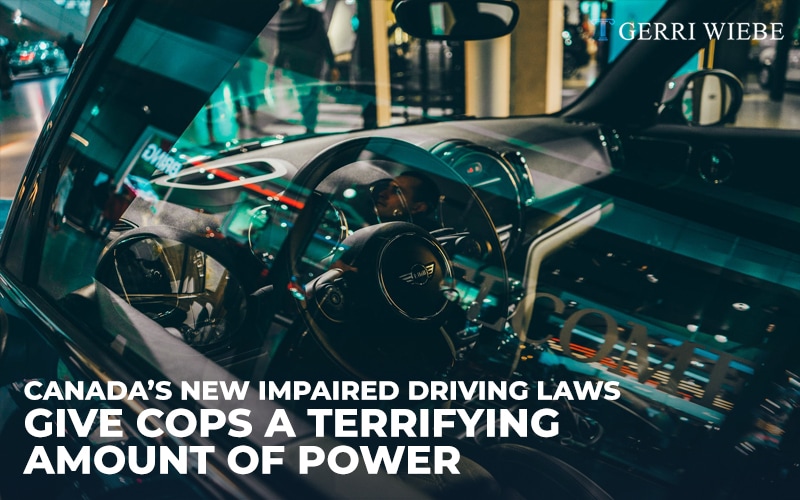 During the last week, the passing of the Cannabis Act attracted a lot of eyes. This act makes it legal to purchase recreational weed in Canada. However, the government did not hold back the passing of impaired driving bill, which gives police a fair bit of power to criminalize drivers despite them being entirely sober. Bill C-46 has created novel offenses for people driving with a specific amount of THC within their system, toughening up the rules around driving and drinking. The key takeaways of this bill are summarized in this article.

Even in case of no reasonable suspicion of impairment, cops may be able to demand a Breathalyzer test from anyone

Previously, cops entailed a reasonable suspicion for making a driver take a Breathalyzer test to check for alcohol impairment. The reasonable suspicion may comprise visible alcohol in car, the smell of liquor, bloodshot eyes, slurred speech, erratic driving and swerving. However, Bill C-46 permits the police to randomly ask for a Breathalyzer test from any driver without giving any reason.

If you refuse to blow, it would be considered as a crime, and you might end up with a criminal record

While this is already a crime, police will now have the power to ask for a Breathalyzer from anyone without requiring suspicion. If you try to challenge this by not blowing, you will be criminalized. For instance, if an officer asks for a Breathalyzer and you don’t comply, it would count as a failure to provide a sample charge, which is as bad as being caught of being impaired. This indicates that even if you’re totally sober, you may end up with a criminal record.

The per se limits are being set by the government, measured in nanograms of THC per milliliter of blood (ng). If you happen to possess 2 ng or more, it would be considered as a crime

Currently, the government hasn’t disclosed the testing devices that they would approve. However, the three being under consideration are vulnerable to give false readings in low or high temperatures. One of them performs optimally in 15 to 25 C, while the other is meant for 10 to 25 C. In addition, false fails through radio signal interference are also possible.

Police will be able to administer blood tests

According to the critics, the bill is overkill

Some of the media and some of the government are fanning hysterical flames. While the good intentions behind this can clearly be understood, the road to hell is indeed paved with good intentions.

As long as you trust Gerri Wiebe, you don’t have to worry about hiring a capable driving offense lawyer or impaired driving lawyer, especially in cases relating to impaired driving.